Safety at Work and Environmental Protection in the Informal Recycling Sector

Increasing prosperity, particularly in Ghana’s urban areas, is changing people’s diet and consumption habits. At the same time, waste management capacities are unable to keep pace with this trend.

Waste management in Ghana often poses risks to the environment as well as human health: household rubbish is incinerated in the open air, while plastic packaging and bottles are thrown carelessly away and block the sewers. A build-up of sewage increases the risk of malaria and cholera. Rainfall washes the plastic waste into the rivers and the sea. E-waste is recovered informally by untrained workers, who pay no attention to the danger posed by toxic substances. However, the informal recycling of e-waste is an important source of income, particularly on the Old Fadama dumping ground in Accra.

A pilot project to build expertise and capacity in occupational and environmental medicine in Ghana had been run as long ago as 2016, with funding from the federal state of North Rhine-Westphalia and the German Federal Ministry for Economic Cooperation and Development (BMZ). The pilot project involved a technical partnership between RWTH Aachen University and the University of Ghana. It set out to support scientific analyses of harmful and polluting effects of the improper recovery of e-waste in the informal sector on the Old Fadama dumping ground, and to formulate proposals for appropriate protective measures.

The project described here builds on the work done by that previous project.

The project is designed to improve the living and working conditions of young people in Ghana’s informal recycling sector, help build a circular economy and strengthen higher education in occupational and environmental medicine.

Joint field research
In order to analyse the damage to health being caused at the Old Fadama dumping ground, biological monitoring of people working there was expanded for representative groups, and the results were compared with those for people who live and work elsewhere. The project also analysed what factors were preventing the use of PPE and how these could be overcome, e.g. by stepping up awareness-raising measures and selling the equipment on site.

Better health care
Workers in the informal recycling sector live with the permanent risk of falling ill or suffering an accident. Only a tiny number have health insurance. To bring about change, the project joined forces with the Ghana Health Service to help some 500 members of the informal sector sign up for basic health care from the National Health Insurance Scheme, and paid their premiums for a year. The thinking behind this was that, once these people had seen the benefits of such an insurance policy, they would be more likely to pay the relatively modest premium themselves in the future.

The project also mounted a vaccination drive to protect workers on the dumping ground from tetanus. In addition, new health centres on the Old Fadama dumping ground were equipped with more medical equipment, plus other fixtures and fittings, while a PPE shop was opened on the site under the management of the Greater Accra Scrap Dealers Association (GASDA).

Gaining qualifications for new job opportunities
Seventy young women working on the Old Fadama dumping ground obtained a basic vocational qualification. All students were offered English literacy courses as well as an optional range of vocational training courses. The girls and young women could choose between practical training in hairdressing or baking, while some learned how to make soap. The students received a bursary during their several months of training that was slightly above the average wage in the informal recycling sector. This enabled them to devote all their time to their training. At the end, all graduates of the training were given a vocational starter pack to help them embark on self-employment.

Alternative income-generating opportunities in collecting reusable materials
To give poor women from the Old Fadama dumping ground and in neighbouring Jamestown alternative and additional income-generating opportunities, the project helped them to form groups in order to collect PET bottles together and prepare them for recycling. What they earn from selling the plastic bottles does not usually cover the costs of collecting, cleaning, transporting and preparing them. This is why the Ghanaian non-governmental organisation Environment360 is not only trialling an incentive scheme for collecting bottles, but also testing models for partnering with companies in the plastics industry in order to minimise logistics costs.

Strategic dialogue and international networking
The international PREVENT Waste Alliance was launched in May 2019 on the initiative of the German Federal Ministry for Economic Cooperation and Development (BMZ). A company representative from the Ghana Recycling Initiative by Private Enterprises (GRIPE) and the head of Environment360 were invited to the Alliance’s kick-off event, in order to feed the lessons learned and challenges encountered in Ghana into the discussions on the future priority areas for its work. 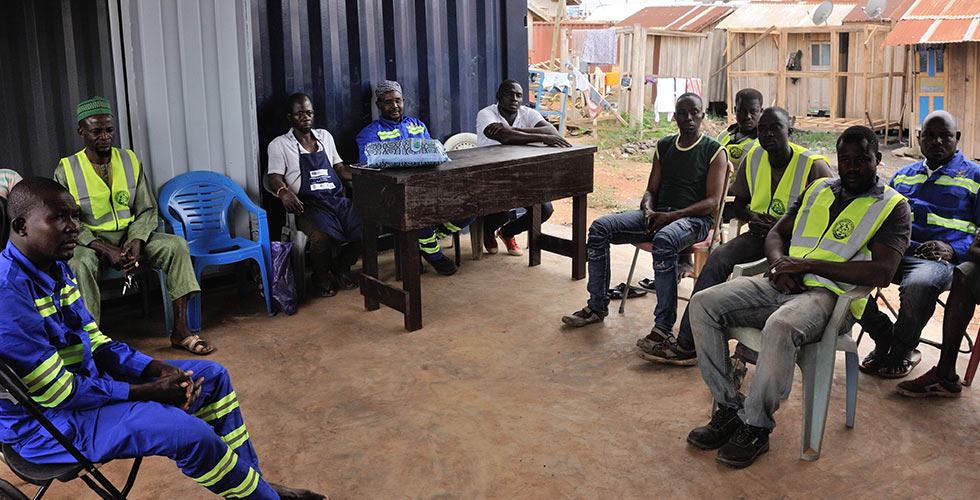 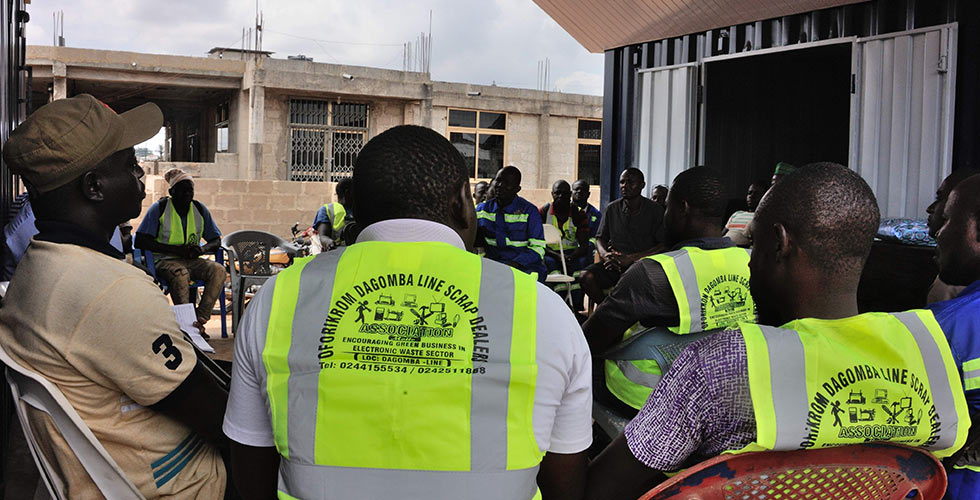 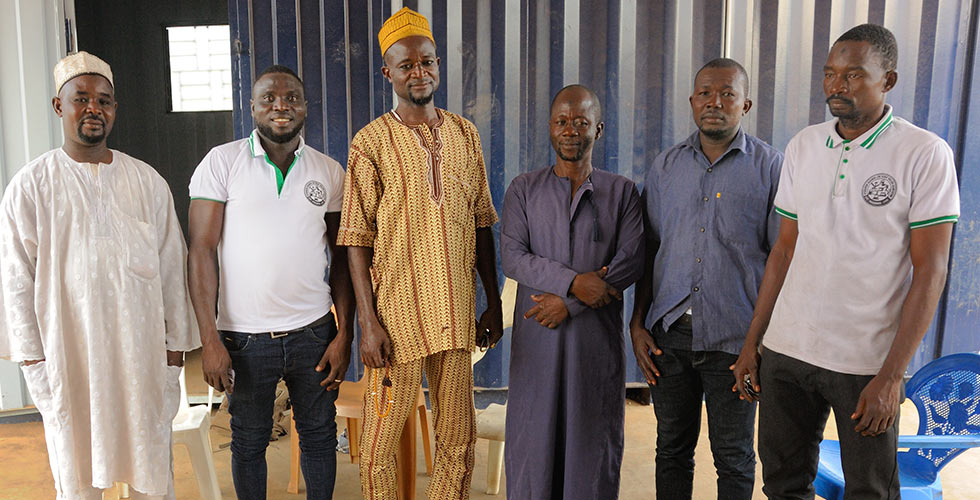 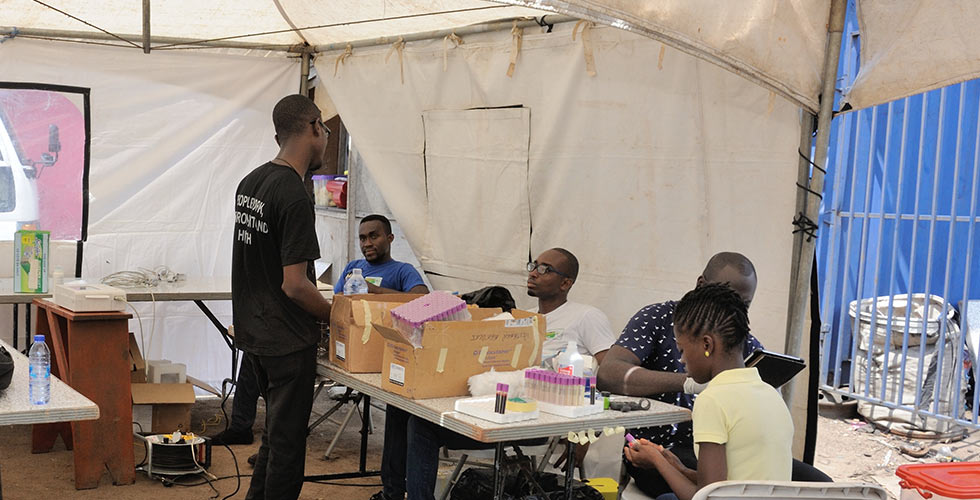 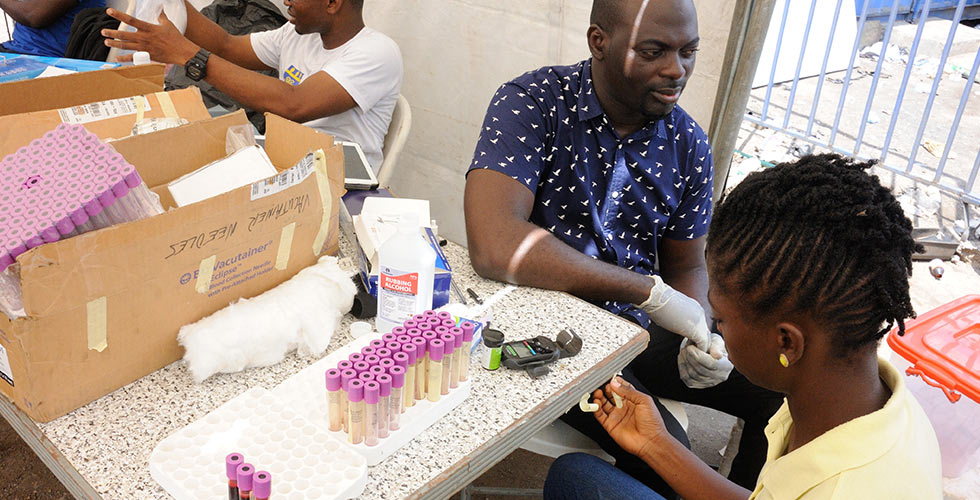 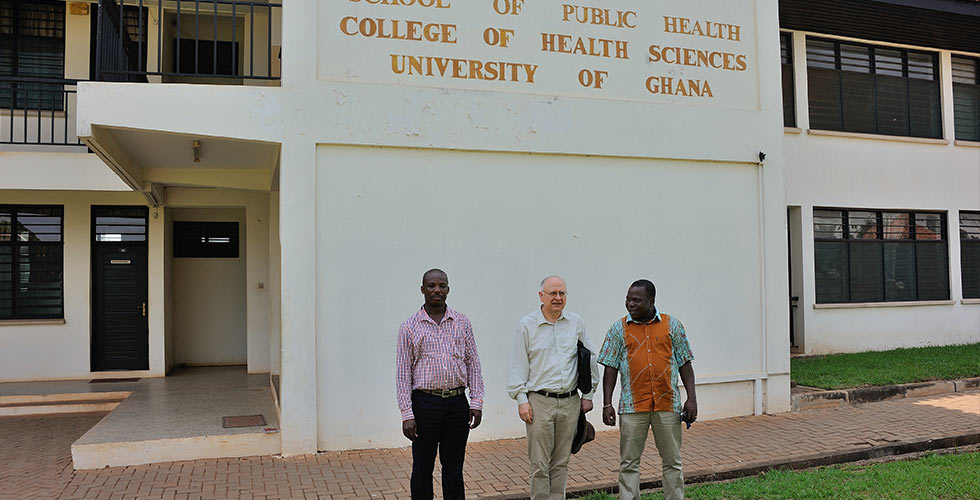 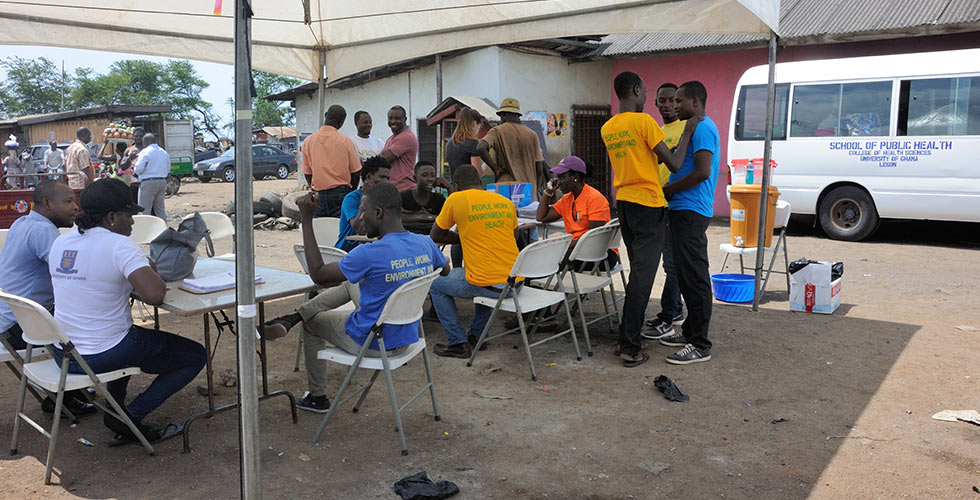 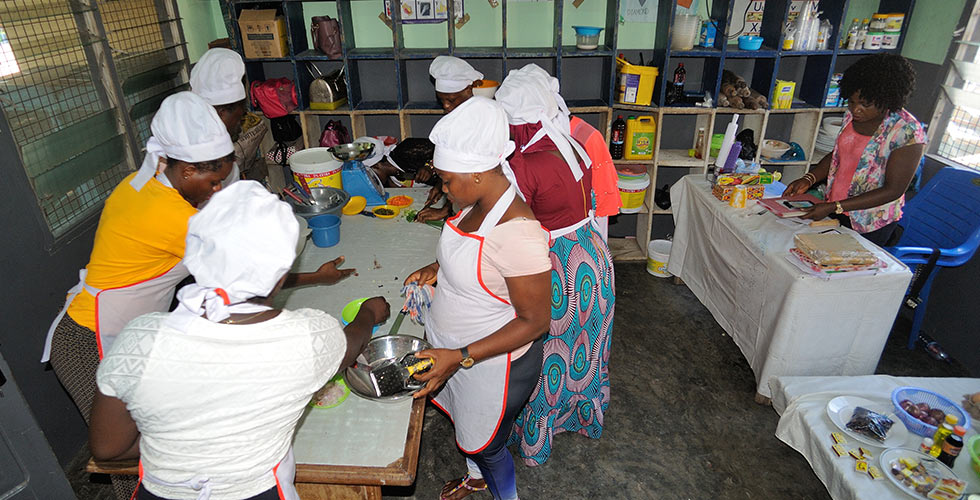 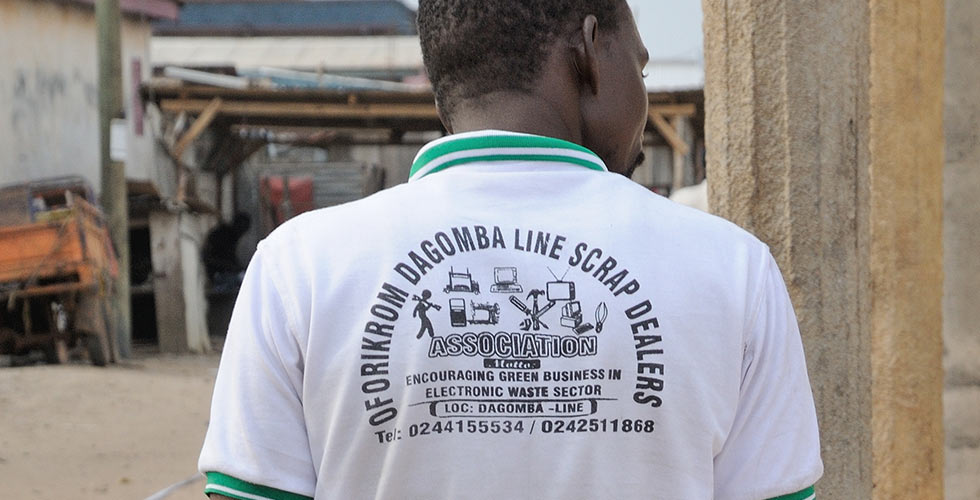 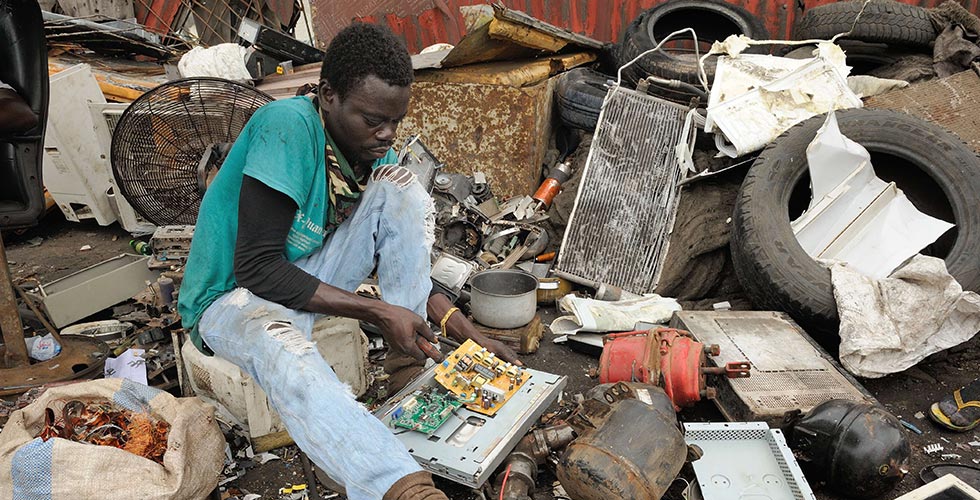 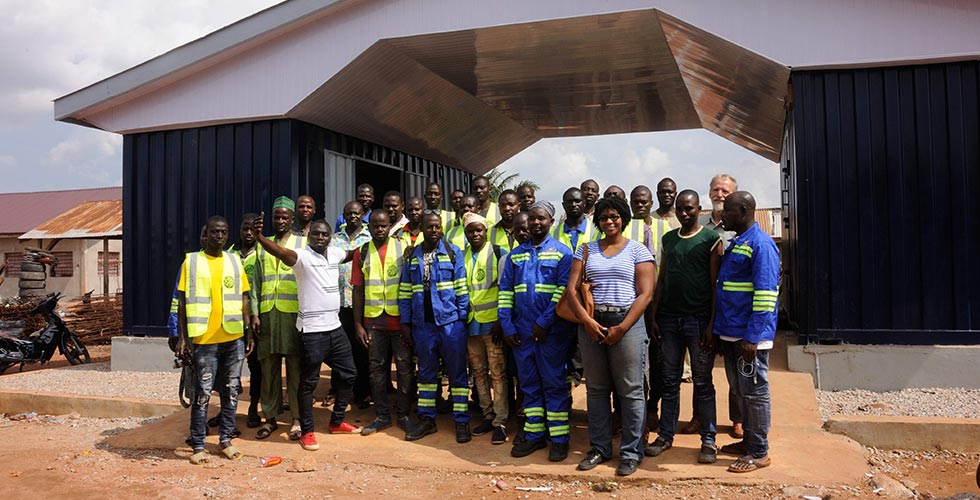